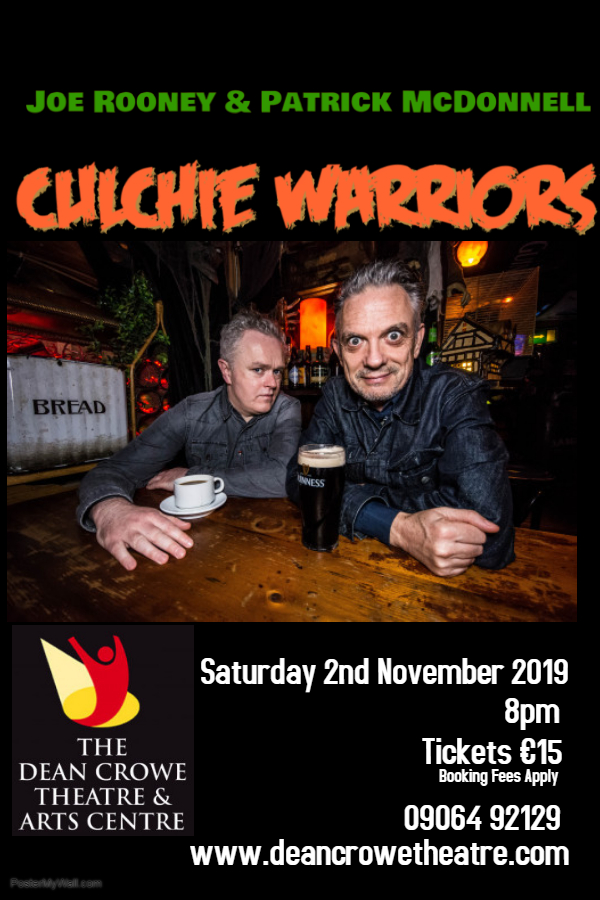 Culchie Warriors brings two of the most memorable characters from Father Ted together for a night of hilarious comedy plus a chance to compete in a “Lovely Girls” competition.
Joe Rooney (Father Damo) and Patrick McDonnell (Eoin McLove) are renowned stand-up comedians with a unique take on Irish society. Between them they have written and appeared in some of the most popular TV comedies of the last ten years; Naked Camera, Killinascully and The Savage Eye. They have been making online waves recently with their Joe and Pat sketches. They have adapted some of these sketches for an exiting new live show. Expect improvised audience interaction, musical comedy, sketches and stand up.
“If they don’t get their own TV show at the end of the run, there is something very wrong with the world” The Scotsman