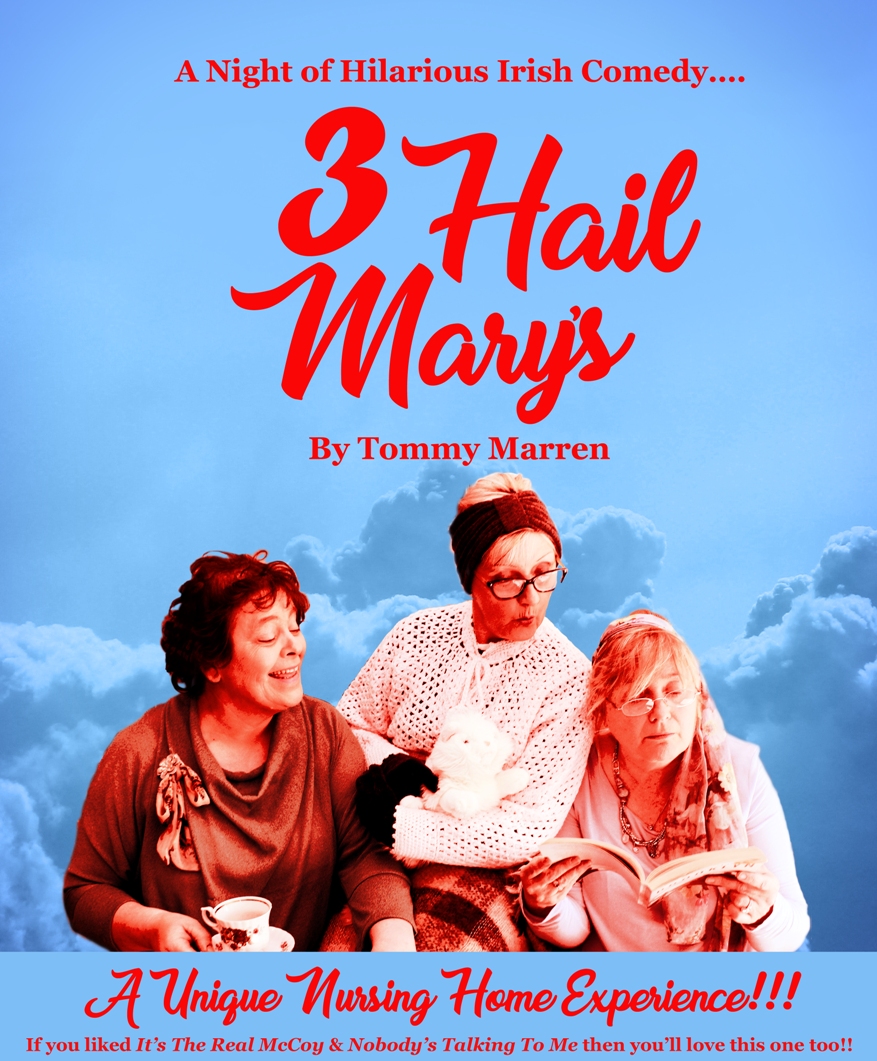 The play is set in a Nursing Home somewhere in Ireland in 2016. It’s a Friday morning and some of the residents are being moved to new nursing homes in different parts of Ireland for various reasons and for Mary O’Toole, Mary O’Neill and Mary O’Brien it’s the end of an era. For over 10 years they’ve lived together in the nursing home and despite memory lapses, the odd tantrum and a lot of confusion they have become almost inseparable. These 3 Hail Marys are no ordinary Marys!

Apart from the 3 Marys we meet an array of other residents in the nursing home as proprietor Dan O’Shea tries to keep law and order!

With rousing sing-songs, a decapitated statue, a chicken-plucker, stories of numerous heart-attacks, a fish that gets away and confusion galore about what they had for lunch the 3 Marys laugh, cry and argue with each other like they do every other day!

There are loads of twists and turns and a few major surprises at the very end. Find out why ‘3 Hail Marys’ is the most talked about Irish play in years!