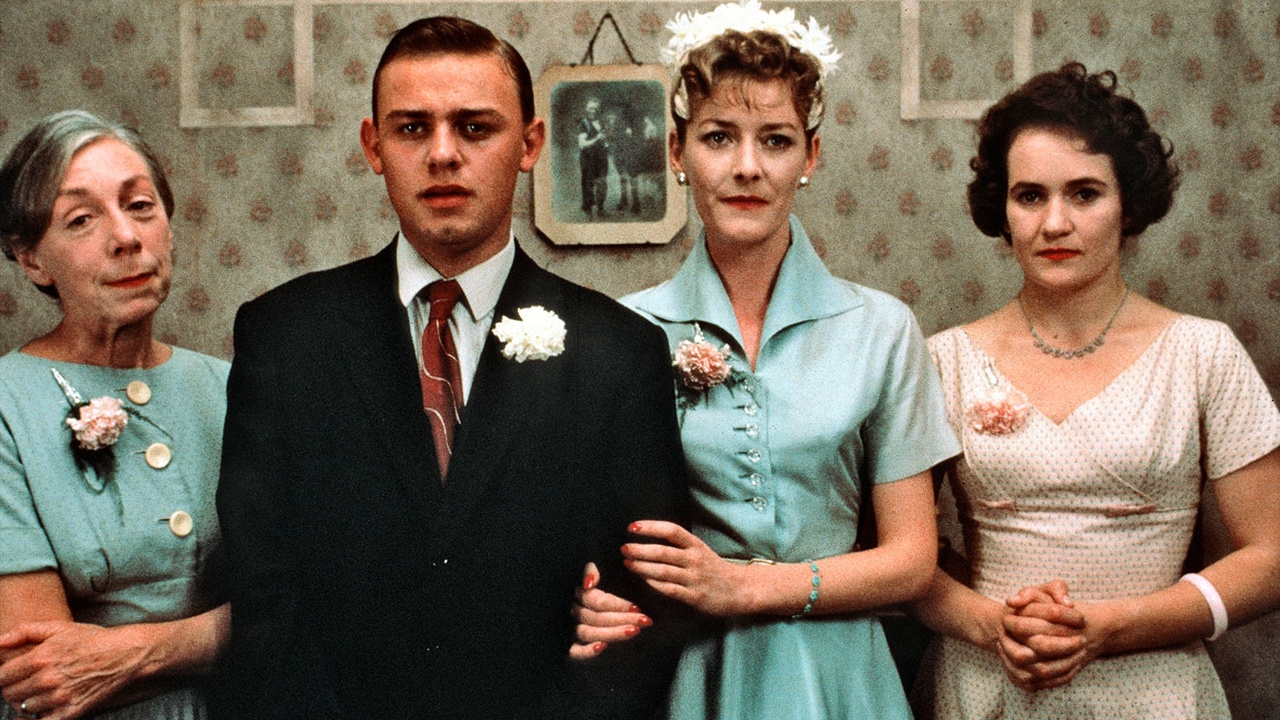 Still Voices Film Festival are thrilled to announce acclaimed director Terence Davies will attend the 2021 festival for a special screening of his 1988 masterpiece Distant Voices, Still Lives (after which the festival took its name).

This in-person event will be followed by a conversation between Davies and film critic John Maguire.

Davies career began with three short films completed between 1976 and 1980 that later became known as the Terence Davies Trilogy. He went on to direct award-winning, internationally acclaimed films with some of the finest actors of his generation, including Distant Voices, Still Lives (1988), The Long Day Closes (1992), The House of Mirth (2000), and The Deep Blue Sea (2011), as well as the documentary portrait of his native Liverpool, Of Time And The City (2008).

Now that Eileen, Maisie, and Tony are adults, their childhood memories – and in particular those associated with their father – are inconsistent. While Eileen clings to happier times, her siblings remember his brutal violent nature, which has been a major influence on their growth and development. This troubled family must deal with the day-to-day alongside their past.

Terence Davies creates a loving portrait with this partly autobiographical tale (shot in two sections), and it was voted one of the greatest films by Sight & Sound.

Festival Director Ronan O’ Toole stated: “To have Terence Davies attend our 5th-anniversary festival is truly an honour and he is without a doubt one of the most significant cultural figures to visit not only Westmeath but the midlands region. To screen the film that gave us our name and have him in attendance is a dream come true”

Please note that as per current COVID 19 guidelines we will only be able to welcome patrons who are fully vaccinated or recovered from COVID-19 within the previous 6 months or minors accompanied by an adult. Please bring photo ID and proof of vaccination with you.

Early arrival at the theatre is advised.

If you do not have the required COVID-19 documentation AND photo ID on your arrival at the theatre, you will not be admitted and a refund will not apply.

Face coverings are required during your visit to the theatre. To protect ourselves and others, we still need to adhere to all of the public health behaviours that keep us and our loved ones safe, including hand hygiene and physical distancing.

Thank you for your cooperation.